Sugar and spice makes everything nice! 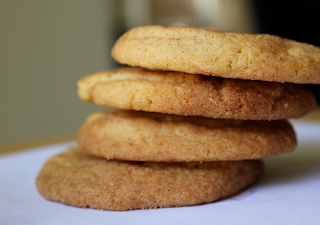 Especially if those snickerdoodles are thick and soft. I've finally made a chewy, non-flat snickerdoodle. In the past I've had a little trouble accomplishing this feat (which you can see here or here) but I've finally done it! And it's all thanks to a little tip I learned from Joanne Chang, the lady who owns Flour Bakery in Boston. After mixing up the dough, I popped the entire bowl into the refrigerator for a couple of hours, until it was firm, then coated individual balls with cinnamon and sugar and baked them. They turned out beautifully. I also figured out a way to make a single cookie at a time, for the inner cookie monster :) 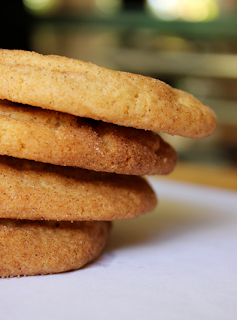 After coating balls in the cinnamon sugar, freeze the dough on a tray, and once frozen store in a ziploc bag. When you have a craving for something cinnamon-y you can take out how many balls you want to eat, place them in the oven, and bake for about 2 minutes longer than normal. It's that easy! I recommend over estimating the number you need because these go pretty quickly! 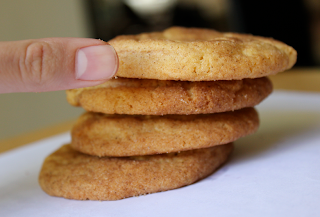 See that finger? That's actually my thumb! Just to give you guys a visual idea on how thick these cookies really were. 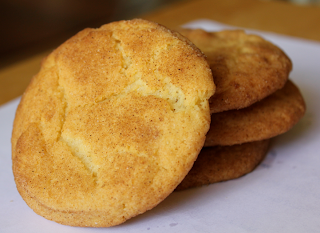 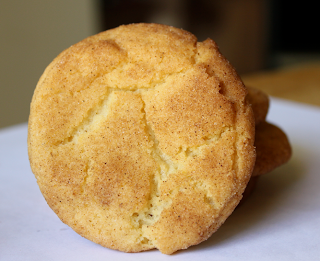 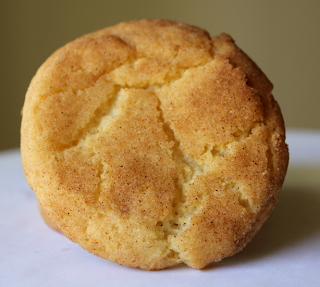 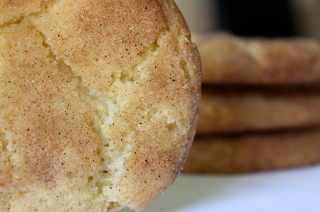 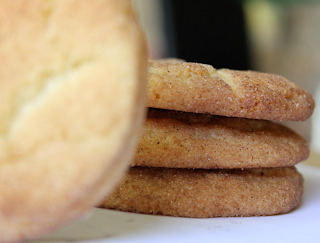 Directions:
1. In a bowl cream the butter and sugar. Beat in the eggs
2. In a separate bowl sift together the flour, baking soda, salt, and cream of tartar. Mix flour mixture into butter mixture.
3. Place dough in the fridge in an airtight container for 3 hours, or until dough is firm and easy to roll into a ball.
4. Preheat oven to 400˚F.
5. In a small bowl combine 1/2 cup sugar and 1/4 cup ground cinnamon.
6. Coat rounded tablespoons of dough in sugar mixture.
7. Place coated balls on a cookie sheet, and bake for 12 minutes or until the edges are golden
eaten by Lynn at 9:41 PM

Thank you for taking the time to comment! I love to hear from you :)

My Reviews On Yelp

Search For Cool Products From My Favorite Online Store!