Have you seen the book called Vegan Cookies Invade Your Cookie Jar? Well it's this cookbook filled with tons of vegan cookie recipes! Can you believe that? All vegan! I didn't even know you could make so many vegan cookies! Now I'm not a vegan, but vegan cookies are usually really good. Like really, really good. Okay, maybe not as good as non-vegan cookies. Or maybe they are? hmm....Anyways, I was looking through the book and decided to make gingersnaps. I usually don't like using molasses because it's so hard to open that dang bottle, and measuring molasses is so hard (just like peanut butter...), but for some strange reason I was attracted to this recipe...hmm...Maybe I was craving ginger? 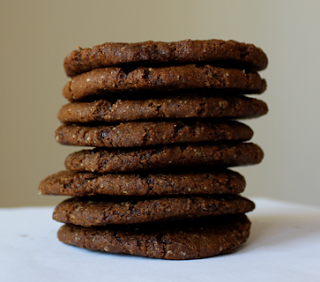 Aren't you craving some now too? I know you are! So how did these gingersnaps turn out? Well they were slightly crispy on the edges, and chewy in the middle. Plus they had that cracked look! And, I think it's as good as the non-vegan cookies. Shhh, don't tell!! :) How was the flavor you ask? Perfectly gingery and molasses-y! 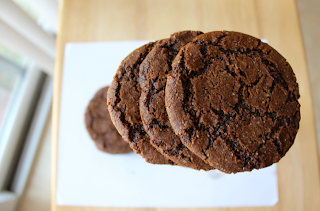 Note: Some people have had problems getting the "cracked" look. If your cookies don't have the cracks, don't be alarmed, they still taste good! I'm currently working on the recipe to get the cracked look and I'll keep you guys posted. Sorry about that!

Thank you for taking the time to comment! I love to hear from you :)

My Reviews On Yelp

Search For Cool Products From My Favorite Online Store!